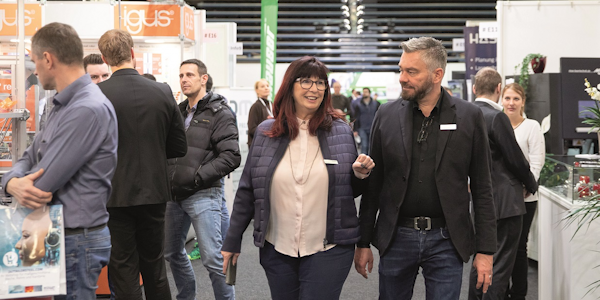 Shortly after the fourth FMB-Süd closes its doors in Augsburg, Germany, the organisers can draw a positive conclusion despite the disruptions caused by the deep low-pressure system “Sabine” and local travel restrictions: Both the exhibitors and the visitors asked achieved their exhibition goals. A particular emphasis was placed on the high quality of the discussions conducted at the booths.

The entire spectrum of the supply industry for mechanical engineering and industry in a compact area: This is, in a nutshell, the concept of the FMB-Süd and it has proven successful for the fourth time running. Precisely 135 exhibitors showcased their products and innovations for two days, and covered a wide range of sectors: from metalworking and plastics processing to assembly, handling and automation technology, drive and control engineering, right through to industry-related services.

Those exhibitors who were asked confirmed both the quantity and the quality of the discussions. It was therefore no surprise that many exhibitors made their bookings for the FMB-Süd 2021 while they were still at the show.

The number of visitors to the show was not entirely satisfactory from the point of view of the organiser. Christian Enßle, Head of Cluster FMB of Easyfairs GmbH: “Cyclone Sabine put a spoke in our wheel. Travel warnings had been given out on the day before the show and trains were no longer operating. This was the reason why more visitors than usual, who had already downloaded their exhibition tickets, did not set out on their journeys. It is thus all the more pleasing to hear that those exhibitors we spoke to delivered a positive summary of the show.”

Among the main attractions on site was the well-attended programme of lectures. The talks held by experts, curated by the Mechatronics and Automation Cluster, were followed by many visitors – both on day one of the event (key issue: “Quality and Efficiency in Production”) and on the second day (“Raising Productivity – Reducing Downtime”). The Cluster provided an interesting insight into its work and ongoing projects on both days of the exhibition.

The FMB-Süd was the kick-off event for the 2020 exhibition year for many exhibitors and visitors. “The ‘makers’ of the FMB will now be turning their attention to preparing the 2020 FMB supplier show for mechanical engineering, which will take place in Bad Salzuflen, Germany from November 4 – 6, 2020 – and will then, in the minds of many of those involved, round off the year of trade shows.