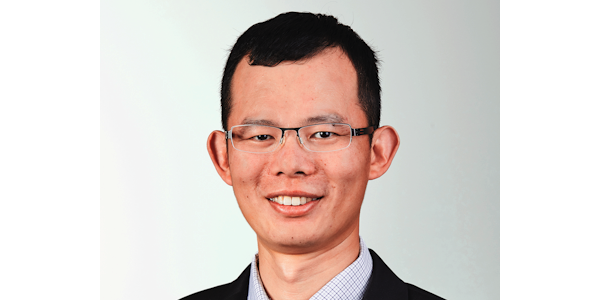 The Beckhoff subsidiary in Taichung, Taiwan, commenced its operations in October 2018. Under the management of Phylex Ong, this will make it possible to tap into the market potential in this country even more effectively.

Beckhoff has been represented in Taiwan by the distributor Ji Dien since 2006, and Ji Dien will continue to be an important partner for the business on the Pacific island in the future. However, the new Beckhoff subsidiary is intended to further increase the market presence as Area Sales Manager Joshua Rusdy explains: “Taiwan is an exciting and expanding market, especially in the field of machine building, and we have already seen evidence of the rapid adoption of New Automation Technology from Beckhoff in this area.” With Phylex Ong, an experienced Managing Director could be recruited for the new subsidiary who has deep knowledge of the automation industry as well as of the local markets and companies.

A market with great potential

The new branch office is located directly in the center of Taichung, the second largest city in Taiwan with about 2.8 million inhabitants. The country’s most important business locations – Taipei, Hsinchu, Tainan and Kaohsiung – are easily accessible from here. Ten employees currently work in the 250 m2 office of Beckhoff Taiwan. They are responsible for the areas of sales, application and support as well as finance and administration.

Taiwan is known for its IT, electronics and semiconductor industries. In addition, machine tool manufacturing is of central importance. According to Phylex Ong, digitisation plays a major role in this context: “It is becoming increasingly important for traditional machine builders to make their machines Industrie 4.0-capable, which means to take predictive maintenance concepts, cloud connection and big data analytics into consideration right from the outset and to integrate them together with conveyor technology and robotics.”

Beckhoff technology is in demand

Traditionally, Germany has always been an important foreign trading partner for Taiwan, and the Made in Germany label also enjoys a good reputation here. Phylex Ong explains: “TwinCAT 3 in particular is an important product for the Taiwanese market, the reason being that, with the integration of C++ and MATLAB/Simulink, having TwinCAT 3 is another major advantage over other control systems on the market. TwinCAT HMI and TwinCAT Vision are also integral components of PC-based control. The industry in Taiwan is generally very positive, open-minded and curious about PC-based control technology, not least because even more complicated control tasks can be mastered at higher speeds and at the same time with a minimised machine footprint.”