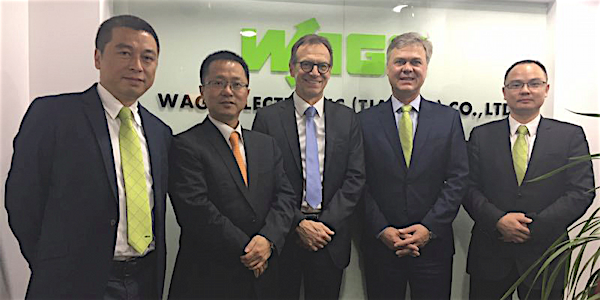 WAGO is expanding its sales network in Asia and has opened its ninth sales office in Nanjing. Eastern China’s second largest city (only Shanghai is larger), Nanjing is an important economic center for WAGO, enough so that the company would like to have an official presence here.

Six colleagues, under the leadership of Office Manager Jackie Chen, will be on site immediately in order to assist customers. “Jiangsu Province, with more than 80 million residents including the district capital of Nanjing, is considered one of the most important industrial regions in China. Our new office will enable us to better achieve our goal of optimal customer proximity. In addition, we can continue to participate in China’s dynamic development, which remains among WAGO’s most important markets,” as stated by Chief Sales Officer, Jürgen Schäfer, during the opening celebration.